How Bangalore got it's Name 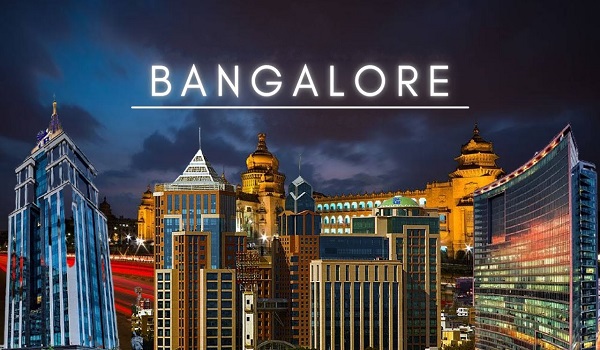 Bangalore is one of the best and most flourishing cosmopolitan cities in India. The city has rapidly evolved over the years owing to advanced and upscale infrastructural development. Today, Bangalore has every amenity required for a pleasant and comfortable living experience. Consequently, the city has attracted millions of people from across the globe to reside here and promises an unmatched living experience.

Bangalore is one of the perfect cities in India to reside in today owing to its development and favorable weather conditions. There are many theories behind how Bangalore got its name. This enchanting city was named Bangalore during British rule. Bangalore's naming dates back to the 9th century when the city got its name Bengaval-uru, meaning ' the city of guards.' After that, in the 12th century, the city's name was changed to Benda-kaalu-ooru, meaning 'the town of boiled beans. There is a story behind this, which says that the Hoysala king Veera Ballala 2, during a hunting expedition, lost his way in a forest. A poor lady there offered him boiled beans, and the king, out of gratitude, named the city after her as Benda-kaalu-ooru.

Bangalore was finally named by the ruler Kempegowda of the erstwhile Vijayanagara empire. Initially, the city was named Bendakaluru in the 16th century, which was later called Bangaluru. Furthermore, after Kempegowda, Adil Shahi, Marathas, and Wodeyars of Mysore ruled Bengaluru. The city was then ruled by Hyder Ali and later ruled by his son Tipu Sultan. Tipu Sultan ruled Bangaluru before losing it to the British in the war. And finally, during British rule, it was named Bangalore, which started to witness unprecedented development and growth, thus becoming a progressive and advanced city with all facilities and amenities. Bangalore later became the capital of the state of Karnataka post India's Independence.

Bangalore further witnessed mega socio-physical infrastructural development across the city. As a result, it gradually became the IT capital of India, with multiple IT parks and multinational companies opening up in the city. The city consequently attracted the attention of the professionals and urban populace to reside here, leading to a boom in the real estate industry. For the past few years, the state of Karnataka has been trying to rename Bangalore under the recommendation of the Jnanpeeth awardee, the late UR Ananthamurth. A few years later, the ruling NDA government agreed to rename the city, and Bangalore was restored to its original name Bangaluru in 2014.

Bangalore or Bengaluru, today, people address the city by both names. The city has seen stupendous development, is a grand employment zone, and has been thriving with the presence of all essential facilities and amenities. Today, Bangalore is also known for its greenery, scenic beauty, and favorable climatic conditions, making it an evident choice for home buyers and investors. Godrej Ananda is built on Bagaluru Road. The locale is a prime hotspot for real estate investment opportunities in the current market. The site has incredible closeness to IT industries, ensuring that it has the perfect residential area for home-buyers. The neighboring locales around ECC Road are D'silva Layout, Rustamjee Layout, and Byrappa Layout. Godrej Ananda has favorably located nearby the critical IT networks of Bangalore that connect major industries and offices. The Bagaluru IT center is just 2 km from ECC Road, providing access to prominent organizations like Tesco, Accenture, Dell, SAP Labs, Oracle, Tata Consultancy Services, Capgemini, and many more. Bagaluru has profound proximity to Hoskote, one of the best industrial hubs with over 200 industrial units comprising a few prime auto manufacturing plants.

Bagaluru houses lovely restaurants, shopping zones, malls, educational institutions, hotels, and more. Moreover, the area extracts attractive amenities next door to living. The site has adequate space for recreation as well. The location has many more to exhibit, from museums to art theatres. Places like Phoenix Market City are good destinations for outsiders who come for a visit. Bagaluru is recognized for being one of the ever-evolving cities in Bangalore. The existence of well-developed IT companies and MNCs makes Bagaluru a residential and commercial center. The development of a metro rail and the infrastructure have ensured the possibility of high property rates. So, Bagaluru is a stunning location for an investment in a property. The availability of a vast range of housing choices is the best feature of Bagaluru. Bagaluru has a group of elegant villas, township projects, and flats for sale. These apartments are available for sale at varied price ranges. Bagaluru is an excellent location that offers mindful designs, architectural beauty, and a vast range of accommodation options.

Godrej Ananda is one of the excellent residential projects in Bagalur, Bangalore. The project brings you exquisite textures of creativity. The luxury architectural masterpiece encloses the refinement and beauty of the British era. Surround yourself with the charm of luxurious times and experience the compelling towers of the regal estate handcrafted for the elite. The residential project offers buyers two and 3 BHK apartments with 530-703 square feet of area. The residential project comprises 20.33 acres of land with 806 units. Godrej Ananda provides carefully created homes for the urban lifestyle with a stylish touch. The project is crafted by the most skillful architects in the present market. The residences are sophisticatedly designed, offering ventilation and sufficient natural light, with top-class exterior and interior specifications.

Godrej Ananda is one of the best projects by Godrej properties in Bagalur, North Bangalore. The project gives all the opulence features required for a modern and comfortable lifestyle. Godrej Ananda is a unique project in the excellent location of Bagalur. The housing expansion offers an artistic terrain, ultra-modern facilities, a discrete framework, and technology at its best. The project is a key to social activities with features that make your life presentable and splendid every day spent here. 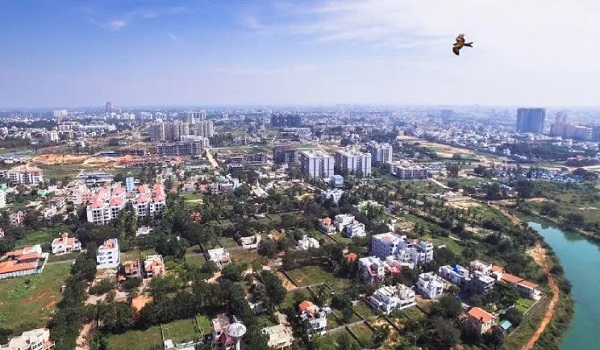 Is Devanahalli a good place to invest? 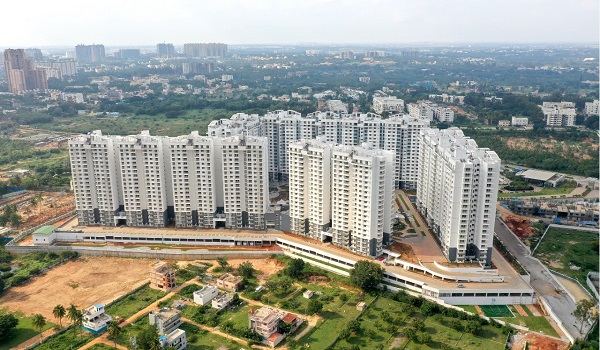 Should I buy a home in Bangalore on the outskirts?

Where's the best place to invest in Bangalore?